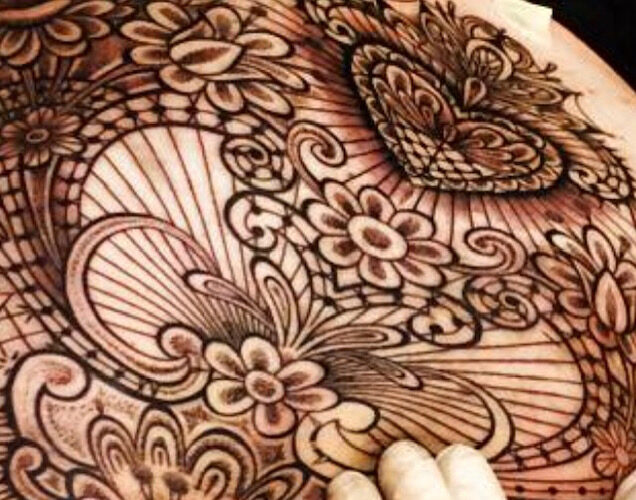 Lace Tattoos: If what you are looking for is an original on the skin of Gothic, Victorian embroidery with a sexy and glamorous touch of lace or the almost esoteric lines of mandalas, the style you have in mind has a precise name and a single recognizable signature: its inventor and precursor is the well-known Roman tattoo artist Marco Manzo who brought it to live on the body for the first time: his studio is located in North Rome in Via Cassia 1134A.

Marco Manzo‘s ornamental tattoos are always among the most requested in our studio and are often identified as lace tattoos.

High fashion already noticed this in 2015, when with the Tattoo D’Haute Couture event, Manzo’s tattoos were for the first time seen as an element of seduction, elegance and refinement, with tribute to tattoo dresses made by Gattinoni. 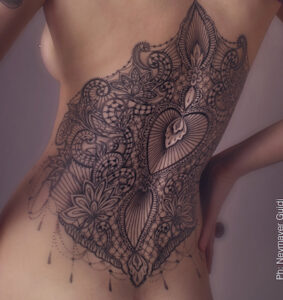 “Legs and arms favor the sumptuousness of Indian embroidery and spiral decorative elements, the leg is wrapped in 70 different circles joined together by cascades of chandeliers”

Manzo’s tattoos combine elements from different cultures and regions of the world in a mosaic made up of mandala, dotwork, geometric, sacred, mehndi, Venetian lace, macrame, dentelle, chandeliers and sumptuous embroidery tattoos.
Manzo is multiple award-winning as the best tattoo artist for performing ornamental tattooing at various conventions around the world.

ANSA also talks about it in this article

“Manzo is a teacher in professional courses in the of hygiene at  and tattoo technique, his studio has always been considered one of the most technological and avant-garde with respect to the standards of hygiene and safety in the sector. To date it is considered the precursor of Ornamental style, master of tribal and 3d style, he is the one who brought lace into the world of tattooing.